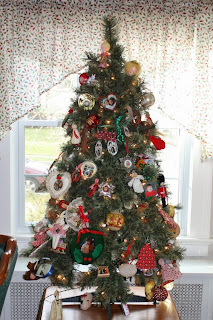 Marion
Posted by Marion Conway at 2:31 PM No comments:

Once a year is cookie baking day for Christmas cookies at our house.  I always enjoyed this day with my kids and now I am enjoying it all over again with my grandson, Zach.  Zach loves to cook and is the best 4 year old potato masher there ever was.  He enjoyed cookie baking last year and was really looking forward to it this year.  We had a blast!  But I must also admit that I was exhausted by the time I was washing cookie trays and batter bowls and Pop was reading Christmas books to Zach before his nap.


Here’s some of the day captured in pictures:

Zach is ready to start baking.  Grandma has all the ingredients and baking equipment ready to go.


Update - I am happy to report that Tamesa Sullivan is the winner of the TMNT game.  Congratulations Tamesa.


Once the excitement of Christmas Day settles down, it is a wonderful relaxed family time of year when the kids are off from school and most organized activities are also taking a break.  Whether your grandkids are visiting your house or you are visiting them, it is a great opportunity to spend time together.  One of the ideal ways you can spend time with grandchildren is by playing games.

But keep in mind that today’s board games may not be your Grandma’s games.  They have props, are action/experience oriented and based on popular TV and movie characters.  Some are even designed to be played with an iPad and downloaded apps.

Today I am thrilled to be offering a Teenage Mutant Ninja Turtles Flying Attack Skill and Action game by Wonder Forge as a giveaway.  As the title suggests - you use your skill and there's lots of action.  You start by building a tower.  Then, using the catapult you send the Turtles flying to knock off Shredder’s Foot Clan as they climb the big, teetering tower.  Adults and kids can both have fun with this one.  Even younger kids enjoy catapulting the cardboard Turtles around.

Wonder Forge is a company that may not be recognized by grandparents since it was founded in 2007.  I always like to say something about newer companies that grandparents may not know much about since I personally like to choose brands that I know will have quality products.  This is what Wonder Forge says about themselves:  “In 2007 a small group of creative folks with a passion for children’s entertainment came together to develop extraordinarily fun, original, quality play experiences.  Wonder Forge preschool titles celebrate the “can do” in all kids, engaging them physically, socially, and creatively. Our family games bridge generation gaps and build lasting family bonds. Today Wonder Forge offers more than 80 games, puzzles, and apps created in partnership with some of the industry’s top licenses, and honored with more than 130 prestigious awards for product excellence."

My grandson, Zach, is 4 year old.   He and I thoroughly enjoy the I Can Do That games -  Richard Scarry’s Busytown and  Dr. Seuss Super Stretchy ABC game. They are “down on the floor and move around” games so be prepared if you are planning on playing one of these with a grandchild.  They are not  Candyland – sit in your chair games.  I especially like the Busytown game because it is set up where you win or lose together against the pigs.  My grandson doesn’t like it when I win a game but its okay if we lose together to the pigs in Busytown.  Go figure.  These I Can Do Games will really have you and a child engaging with each other.

Wonder Forge also has plenty of games with licenses popular figures.  Here are just a few: 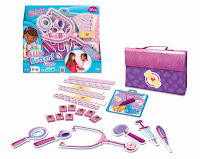 In the large stand up board  Sofia goes through the Royal Prep Academy and finds in the charms gathered along the way - learning something new at each step.


In case you haven't heard of the "Justice League" they are all the superheros of the DC Comics.  So in this game Superman, Batman, Green Lantern and the Flash work together to defeat the villians before the destroy the Justice league and their headquarters.  It takes teamwork, strategy and each hero's unique powers to save the earth. 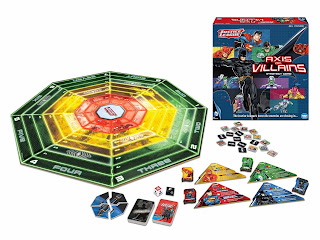 You can have two entries by doing both.  Deadline to enter: December 22, 2013 at midnight. The winner will be selected using random.org.

This item can be sent to US addresses only.

Full Disclosure:  This review is completely my own opinion and I was not reimbursed for it in any way.  I did receive review samples of some Wonder Forge games.  I also saw the full line display at the Toy Fair in New York in February.

You can purchase Wonder Forge games from all the major retailers and at Amazon.  Some games are at specific retailers only and so I do not have links to Amazon for all those mentioned in this review. Some Amazon links are provided below.