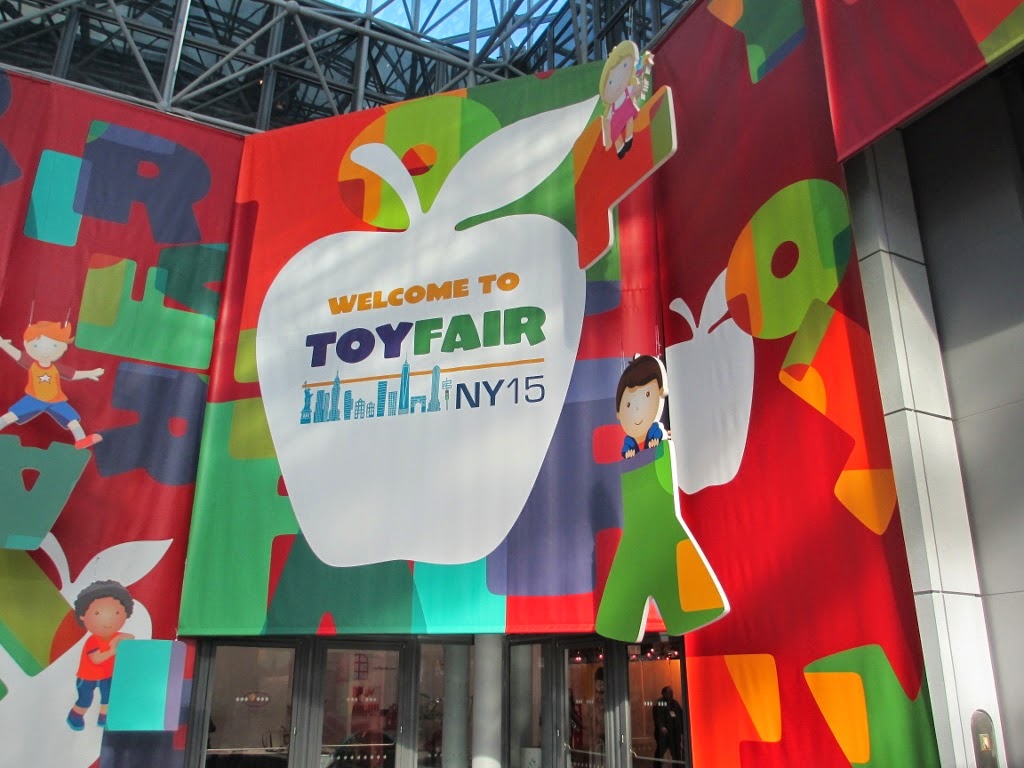 Toy Fair New York is a huge event.  To try to put it in perspective the space of over 7 football fields displayed hundreds of thousands of toys.  Like thousands of other brave souls I was not deterred this freezing, windy, snowy Valentine’s Day/Presidents’ Weekend  - I made it to Toy Fair for two long, exhausting, exhilarating, wonderful days and I took almost 500 pictures. Now I am trying to distill it and develop a plan to write all year long about what I saw.  Much of what is displayed at Toy Fair is not released yet and will be available later in the year and so I have material to take my through the Christmas season.
But I can’t wait to share my favorites with you.  They are quite different from other TF highlights lists. This list is seen from the eyes of a grandmother thinking about what she would like a grandchild to have and possibly play/work on together.  It is devoid of apps but isn’t just old fashioned.  At Toy Fair there are toys featured that are not released yet and may not be available to the Fall.  Later in the year I may have more detailed posts – and possibly giveaways – on some of these items. In a sort of age progression here it is:

Play, Stow and Go Toys by Playskool
One of my favorites for baby/toddlers this year is the new Playskool Play, Stow, Go line.  I saw the whole line (8 toys) opened in play mode and then easily collapsed and travel ready.  After the presenter fully demonstrated all of these she invited an audience member to compete in a contest to reassemble and pack the whole 8 piece collection in a diaper bag.  She had only seen the toys demonstrated once and she finished in a minute 35 seconds. They are reasonably priced and some are available now.  All of these toys are great for visiting Grandma’s house and then a quick cleanup when Mom and Dad are ready to go home. Lightweight, fun and packable.  Great new line from Playskool.

Red Thread Collection by Bunnies by the Bay 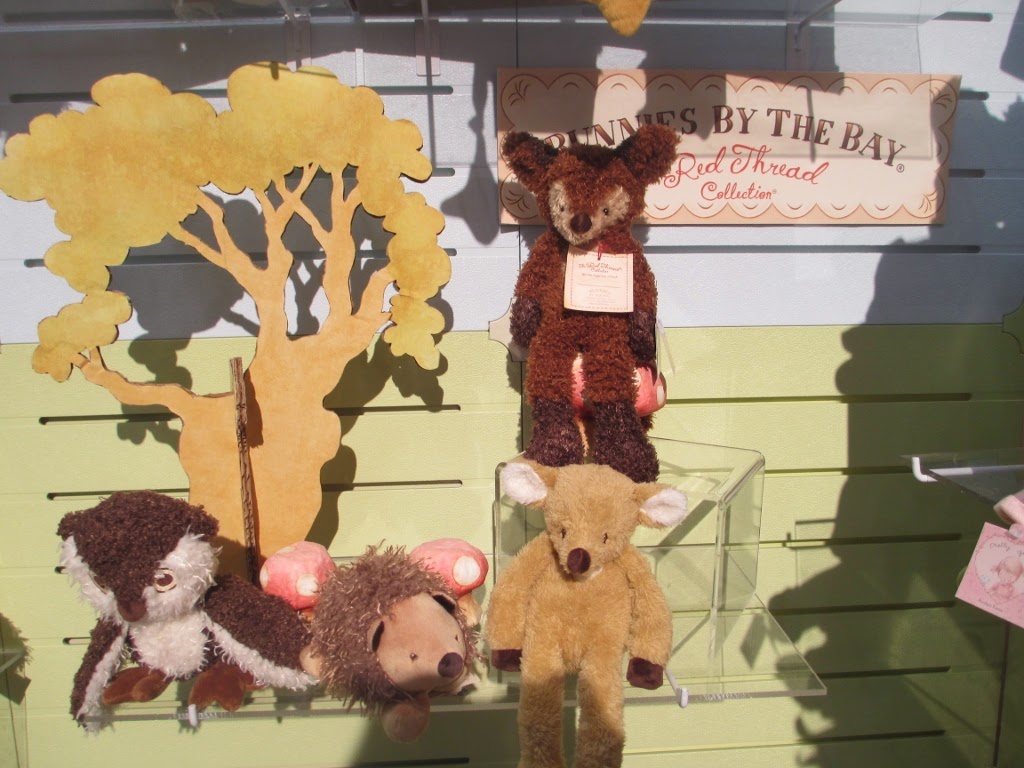 Favorite Plush?  It’s gotta be one of these – The new Red Thread Collection by Bunnies by the Bay.  They are soooo soft and squeezable.   They could become one of those life long favorites.  Available now! 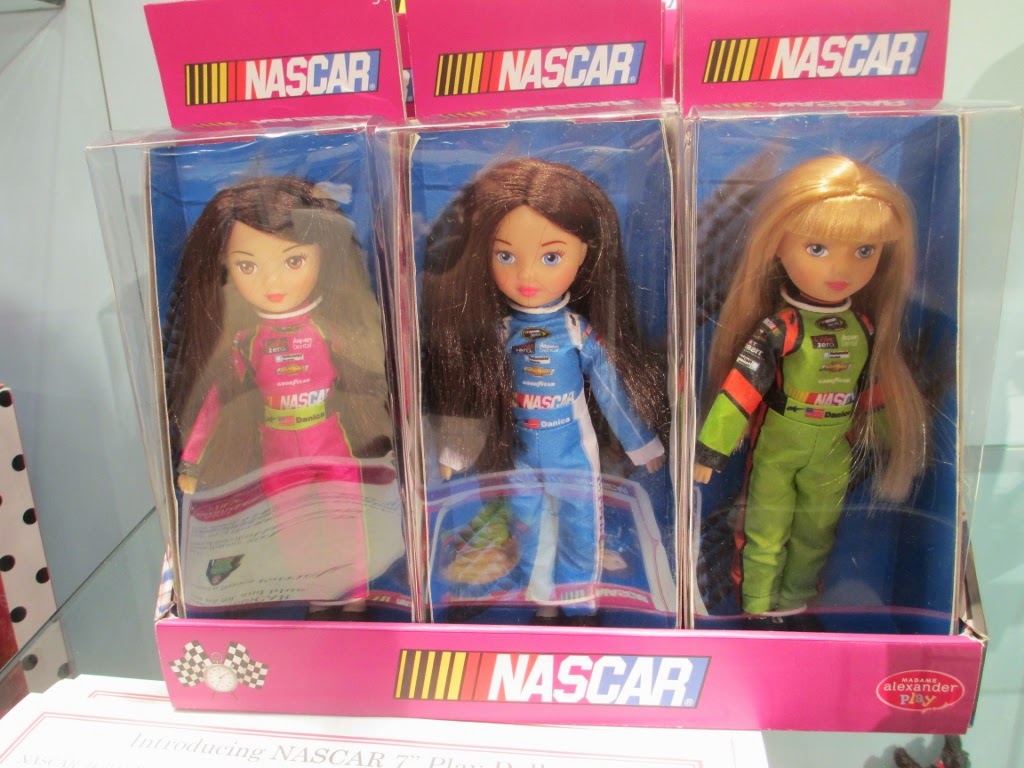 I always visit lots of doll booths and a must visit to see something special is of course, Madame Alexander.  They did not disappoint but they did surprise.  This year, Madame Alexander will be releasing these NASCAR themed dolls including a Danica Patrick doll.  Even Madame Alexander, makers of the most classic dolls, is marketing to modern girls with this and female superhero dolls.  Read more on this in a later post.

This is the 100 anniversary of Raggedy Ann and Andy and Aurora World is releasing this anniversary doll in red, white and blue.  Note the 100th anniversary embroidery in her apron.    Every child should have a Raggedy Ann or Andy doll and this very reasonably priced.  I'll be posting when it is available. 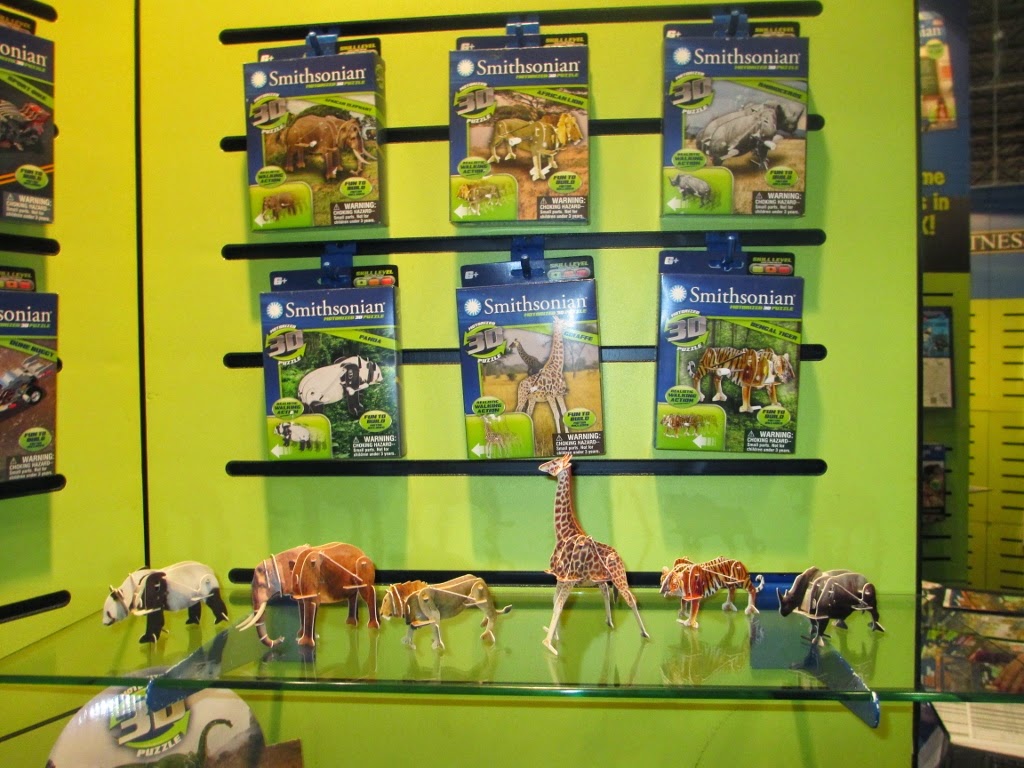 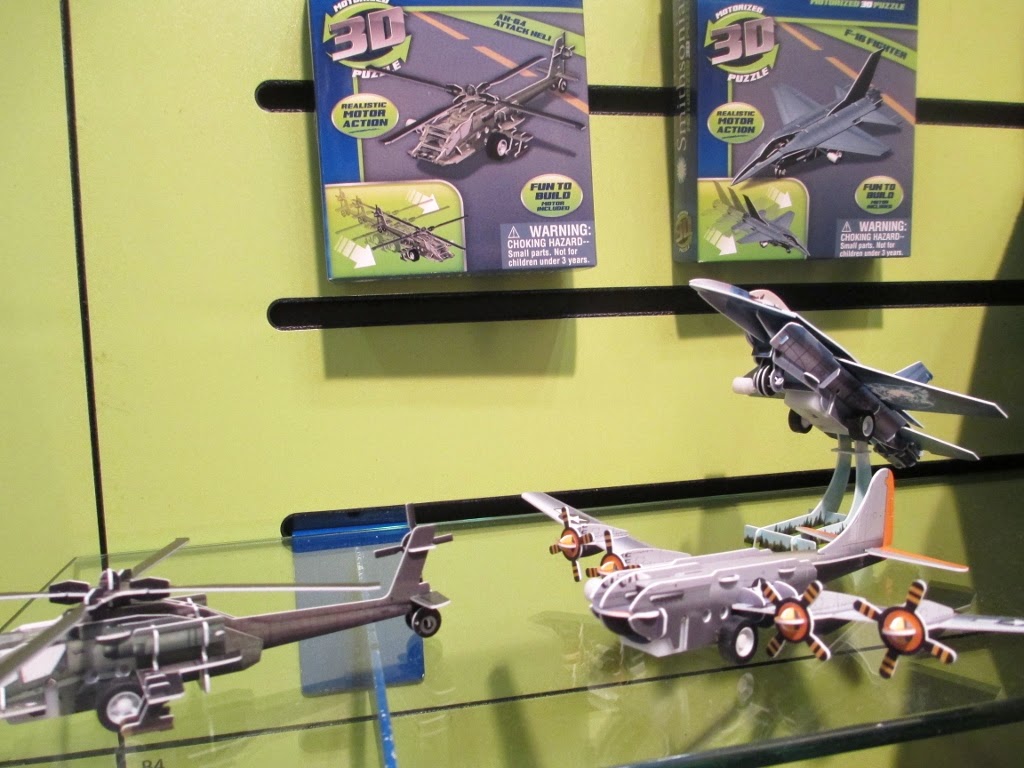 These small 3-d puzzles with tiny motors enabling the figure to move were the best value product I saw at Toy Fair.  There are animals, vehicles and planes. With a retail price of just $4.99 each,   they are perfect for grandparent/grandchild afternoon projects.  Nine of these are available individually at the skullduggery website and Amazon has 3 pack sets.  An additional series of jungle animals with be available in the Fall.  The box says ages 6+.  I think that is about right. Perfect for stocking stuffers and holiday grab bag gifts.

I have never been a big fan of toy bake ovens but this one is worth noting. It has a new modern, eye catching look and a new baking method to half the time needed to bake cookies in an oven for children.  It is getting  a lot of good press and I sampled cookies made in it and they were very excellent.  Of course you can get cookie mix in all of your favorite Girl Scout kinds - thin mints, trefoil, etc.  This also was reviewed by kid reporters for CNBC and they gave it top marks.  Best of all, a share of the price will go the Girl Scouts of USA.  Look for this, a GS lemonade stand and GS wagon in the Fall.

Star Wars line from LEGO
LEGO always has the best display and tour of all their new toys coming out during the year and it is hard to decide which LEGO item to feature in a Highlights post.  I am going to cheat a little and say a whole Star Wars line and not just one item. LEGO is introducing 32 new Star Wars themed sets in 2015 inspired by the Star Wars Rebels TV series and the movie which will be released in December – Star Wars: The Force Awakens.  Here’s a sample of what is coming in the Fall: 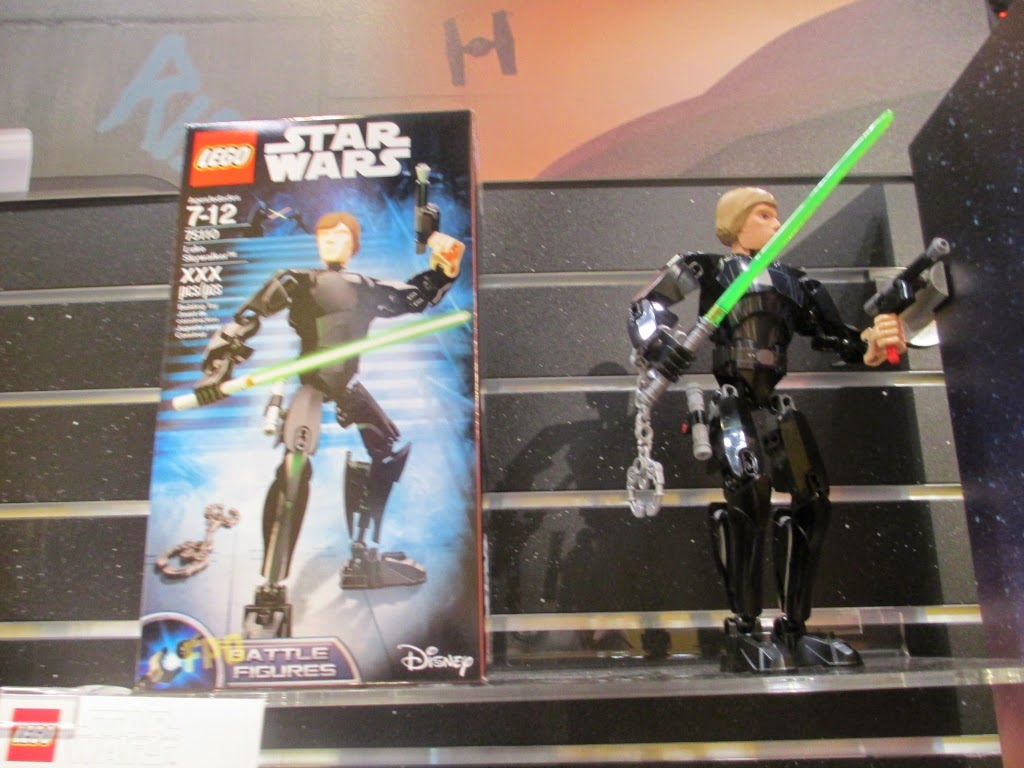 The Camp Game by Education Outdoors
This award winning nature/states based trivia game from a small company caught my eye and I was really impressed when I spoke to the company president. Each card has 4 levels of questions so that a young child and experienced adult camper can both play and be challenged. Great reviews at Amazon.  This game is a winner for families that like to camp and “scouting families.”

Some of these won't be available to later this year but here are links on Amazon for what is available now:

Posted by Marion Conway at 9:47 AM

How lucky of you to be able to go to this event. I had a company contact me to see if I was going this year. I hope to attend someday. Looks like there will be great toys coming out this year! #ProductReviewParty

This looks awesome what fun!! #productreviewparty ON!

Some fun toys here. My favorite though is the Raggedy Anne doll.

Thanks and Stay Tuned. Next giveaway up is a set of 3 Raggedy Ann Dolls including the anniversary models.