My Trip to Provence and Cote d'Azur, France


If it seems like it has been quiet here at The Grandma Chronicles recently it has been because I was on vacation in France – Paris (Just briefly), Provence and the French Riviera.  I traveled with a women’s travel group – Women Traveling Together – since my husband was not interested in this trip. I had a great time and enjoyed all of it.  Here are some pictures and highlights.

We visited a number of small towns with historical things to see span whole different periods of history.  The Romans came to Provence and Cote d’Azur (Riviera) in 121 BC and stayed for 500 years.  You can see a coliseum,  columns and ruins of Roman baths still standing.  Here are some of my favorite pictures from that period. 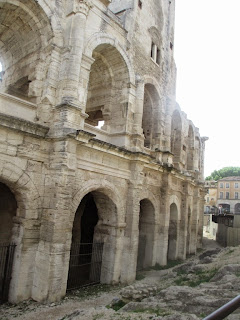 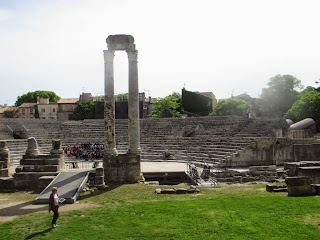 During that middle ages, Counts and Knights ruled and built fortified castles usually on hillsides and many small towns and villages still existing today grew up around them.  You can visit castles, monestaries, old churches and more from this timeframe throughout the region. 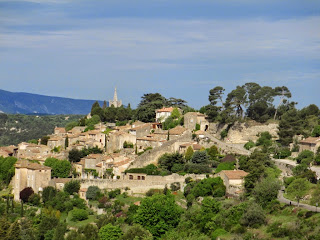 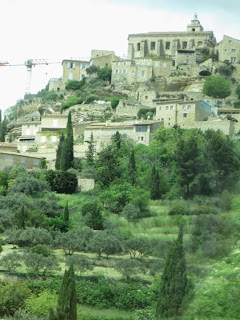 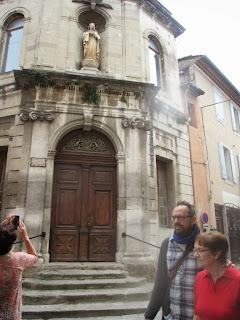 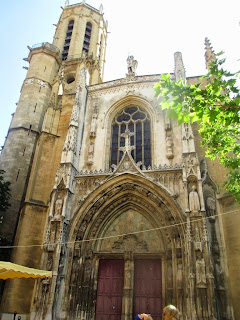 Avignon was the home of popes in the 1300s and was owned by the papacy until the French Revolution.  It is a walled city – from medieval times – and has the famous Popes’ Palace.  It was definitely something to walk through the building which is intact and marvel at the sophistication and size of the construction.  Today Avignon is a busy city with 12,000 people living inside the walls and 78,000 living outside.  The first floor of many buildings have become modern stores, banks, restaurants and cafes and the facades of the upper portions remain intact while modernized inside for modern inhabitation.  Avignon –and surrounding area – was owned by the Papacy and never part of the French kingdom.  They do think of themselves as a separate place that does not have the French kingdom in its history. For example there are no Fleur-de-lis as this was originally associated with the French kingdom and Provence does not all associate itself with that time in French history.  In Paris and parts of northern france wyou will still see a lot of Fleur-de-lis decoration. 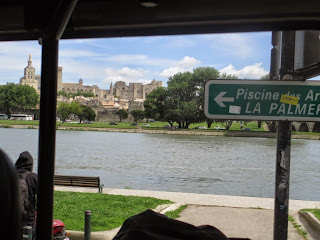 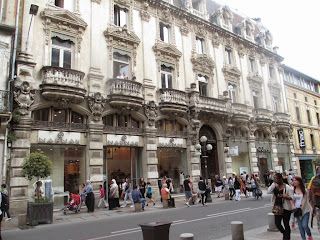 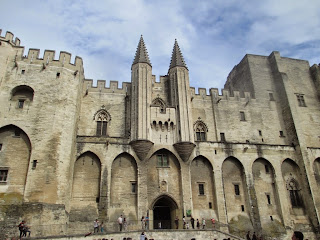 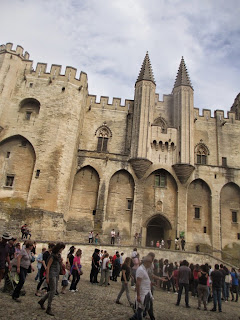 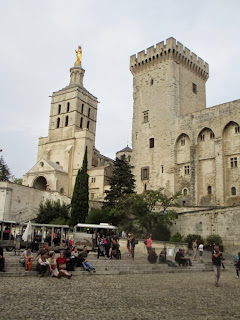 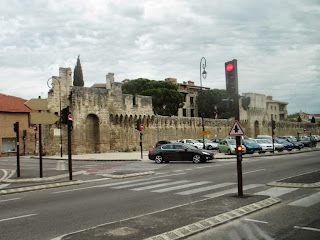 There is the history associated with the French Revolution – this is when Provence became part of France.  The church was outlawed in this time and many churches became government buildings and today some of them are schools, hospitals and civic buildings.  This monestary was bought by one owner and given back to the monks many years later when the church was able to re-establish itself in France. 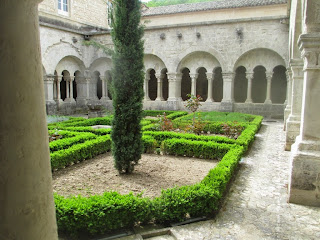 One of the most interesting facets of Provence is that is is so beautiful and inspired so many well known artists.  Arles was home to Van Gogh and they have pictures of his paintings at several of the scenes he painted that are still there – here are two of them. 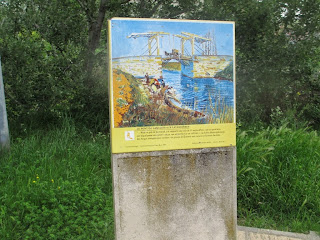 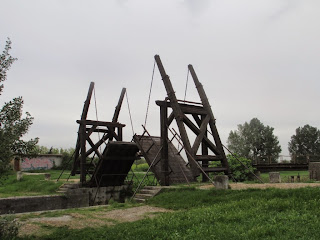 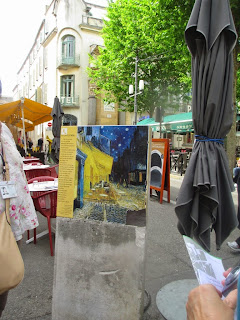 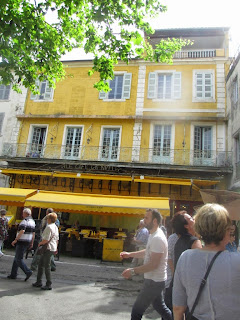 Cezanne painted the beautiful landscape and we visited a church with three Reubens.  The sculpture everywhere is just gorgeous.  If you are interested in art, you will definitely appreciate a trip to Provence. 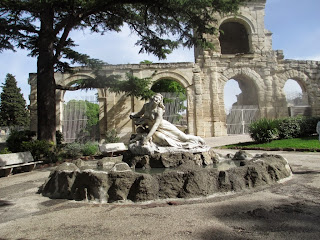 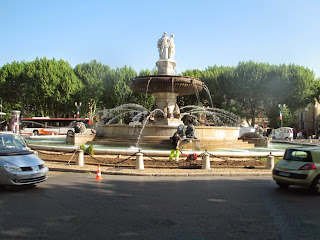 We ended our tour with a visit to Cannes and Nice on the Mediterranean sea.  In these bustling towns historical old towns and modern cities exist coherently side by side as if neither was out of place.  There is a continuum of time that seems to work just fine.


In all of these places the food is just indescribable.  The food is grown locally, the fish is caught locally and everything is farm fresh and prepared to be a visual delight.  One of the things I enjoyed most on this trip was the many times I just sat at an outdoor café and enjoyed lunch or dinner on a picturesque small “rue” and watched life go by. 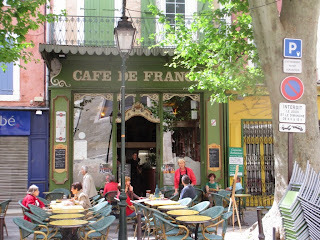 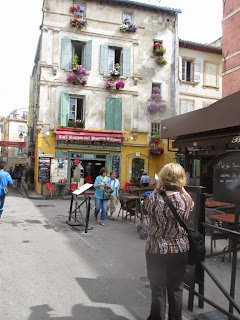 The trips included a visit to an olive farm, winery, lavender factory and perfume factory. 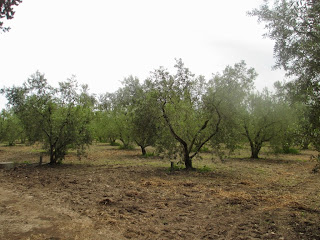 And this is the picture of my grandson that went with me everywhere on the trip.: 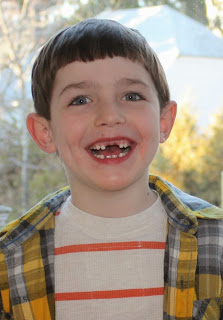 Will I return?  Oh yes – but I will choose one or two places to visit and just appreciate the local culture.
Posted by Marion Conway at 2:57 PM