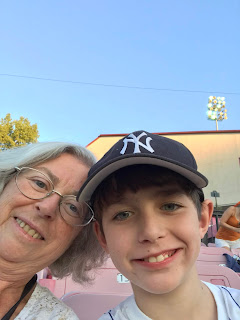 There is no better way to celebrate the end of summer than with a baseball game.  My nine year old grandson and I had a grand time at the last home game of the NJ Jackals that play at Yogi Berra Stadium at Montclair State University.  Wow, what a night!  Yes, this blog article is a little late –  the game was a few weeks ago, but I wanted to share the experience and encourage grandparents to consider this kind of local activity.  The stadium was very accessible, the cost was reasonable and the size and layout of the stadium allowed the kids freedoms and experience that they would not have in a major league stadium.


First of all the stadium was beautiful and immaculately clean.  Since it was on a “Fan Appreciation” night the hot dogs and sodas were $2 each.  It was a perfect weather night, and we got there early to take advantage of this super bargain.  We sat at the tables overlooking the stadium and got to see both team players warming up.  Then we bought popcorn and went to our first row seats overlooking first base.  We got the see every player who got to first base and those who tried and didn’t quite make it.  We also got an up close look at the first base coaches talking with the mostly young players. 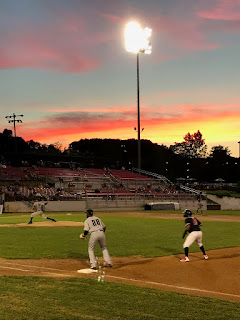 But here was the best feature of this location.  The stadium's only bullpen that both teams use was just to the right of us and above it was a big grassy knoll.  Kids gathered there and once in a while the pitchers threw a ball up onto the field and the kids scrambled to catch one of these balls.  My grandson got a ball that popped up near first base.  What a souvenier to bring home. 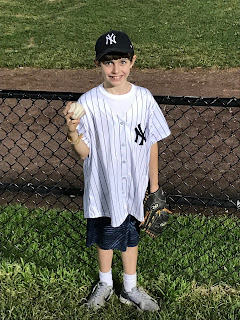 And then there was more!  Since it was the last home game of the season there was a fireworks display that was fantastic!  Lighting up the sky after the seventh inning it was just a spectacular almost ending to the evening.
This night out at the ball game was great fun and a super value.  I can’t wait to do it again next year.  I recommend you check out one of these  league baseball teams for a old fashioned fun evening.

An InLinkz Link-up
Posted by Marion Conway at 6:00 PM No comments: