Why Doesn't my Grandchild Zip his Jacket? 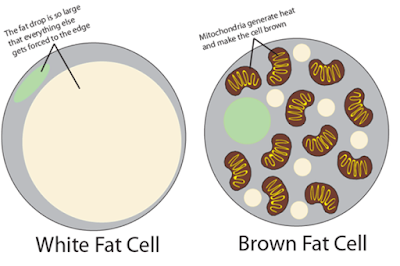 I had never heard of “Brown Fat” until recently but apparently it is a real thing. Of course, I have observed many times kids in very cold weather tossing their hats, gloves and jackets. Even when we tell them to put that jacket back on because we don’t want them to get sick they are reluctant to do so. Why is that? Is it just because they are constantly moving? Apparently not.
It turns out that kids have more brown fat than adults. Unlike regular old white fat, which stores calories, mitochondria-packed brown-fat cells burn energy and produce heat. And it is activated by cold! This actually happens for adults too – we have some brown fat too. Having you ever been out in freezing temperatures shoveling snow and actually began to feel too hot with the clothing you have put on for the very reason to keep you warm? I certainly have. It is probably because you are activating your brown fat. 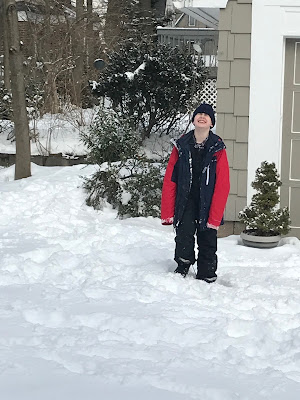 Just this morning my grandson and I were shoveling snow together. He was at our house for a sleepover because his school is on winter break. He headed out with an open jacket and although I suggested that he zip it up he ignored that advice. I was, of course, bundled up. He was fine and not bothered by the cold weather at all. I stayed bundled up but was quite warm when I took my jacket off inside. I think we were both burning some brown fat and thus stayed warm with different amounts of layering.
Zach may have been burning some brown fat, but he was happy to have the grandma version of hot chocolate – topped with Redi-Whip AND marshmallows! I had some Twinings red rooibis tea - no Redi Whip or marshmallows needed.
Moral of the story – don’t get too worried about that hatless, open jacket grandchild. Perhaps let them just enjoy the cold their way.

You are invited to the Inlinkz link party!

Click here to enter
Posted by Marion Conway at 4:00 PM